The Glasgow Police Heritage Society was founded in 1999 by a group of mostly retired Strathclyde Police officers most of whom had served in the of City of Glasgow Police prior to the 1975 amalgamations, and who wanted the history of the Glasgow Police to be preserved and re-told.

The first project of the Society was to unveil a bronze plaque on the exterior wall of the Tron Theatre on Glasgow’s Trongate. The Session House of the old building, when it was known as the Laigh Kirk, served as Glasgow’s first police office when the City of Glasgow Police was formed in 1800. 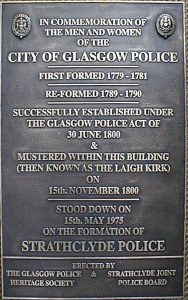 The plaque was financed by the Strathclyde Joint Police Board and unveiled at a ceremony on Friday 30 June 2000 by Councillor Bashir Maan. Many retired and serving officers attended the ceremony along with Sir David McNee, Glasgow’s last Chief Constable and Mr. John Orr, the Chief Constable of Strathclyde.

In October 2000, following on from the publicity gained by the Glasgow Police plaque, the Society was successful in obtaining a lease on some rooms in the former Central Police Office in St. Andrew’s Square, Glasgow, and the idea of The Glasgow Police Museum was born. Work commenced to build the interior display cases and other fittings, which the Society members completed themselves. 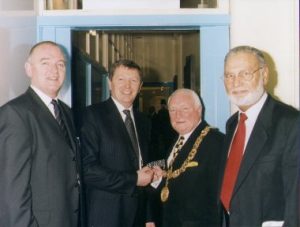 On 3 May 2002, the Glasgow Police Museum opened its doors for the first time and was an instant success with the public. Visitors from the greater Glasgow area, across the UK and all over the World came to see the museum which was manned by volunteer members of the Society.

In November 2008, the City Council closed the old Central Police Office and the Society had to obtain new premises at 30 Bell Street, Merchant City Glasgow. After several months work re-building the museum in a first floor office building, the Glasgow Police Museum opened once again on 15 June 2009. 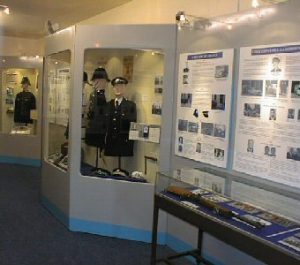 Since then the Society and Museum have gone from strength to strength with increasing annual visitor numbers reaching over 10,000. Since it opened in 2002, the Glasgow Police Museum has welcomed over 150,000 visitors from all over the World. It is still manned by volunteer members of the Society which ensures that entry to the museum is free, and survives on the kind donations of visitors.