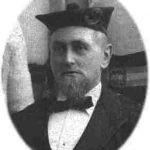 Born in Ireleand in 1836 McIntosh joined Glasgow Police as a Clark before later advancing to Inspector (and subsequently Superintendent) in charge of the Chief Constables Office. Renowned for his involvement in police sports, McIntosh was also father to the famous architect and designer Charles Rennie McIntosh. More Info 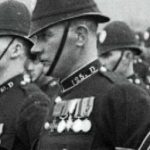 John McAuley joined Glasgow Police on 27th February 1889 before volunteering for the Scot’s Guards at the outbreak of World War 1. McAuley’s numerous acts of valour and bravery during the war led to him being awarded the Victoria Cross – the highest award of the UK honours system. He later returned to Glasgow Police where he was quickly promoted to Sergeant. More Info