The Glasgow Police continued it’s reputation for innovation when, in 1819, they appointed Lieutenant Peter McKinlay as ‘Criminal Officer’, the first Glasgow Detective. Two years later, he was provided with an assistant and so the Detective Department was created, twenty-three years before Sir Robert Peel introduced the famous Scotland Yard Detectives to his Metropolitan Police in London.

Many Glasgow Detectives became famous. Here are some of them…….. 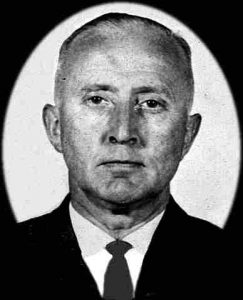 DCS Tom Goodall was a native of Cardenden, Fife and joined the Glasgow Police in 1932, at the age of 22 yrs. He became a detective in 1943 and was Detective Inspector in ‘D’ or Southern Division early in 1958 when he was chosen to accompany Detective Superintendent Alexander Brown and assist Lanarkshire Constabulary investigage a series of murders. In total eight murders had taken place and it resulted in the arrest of the notorious Peter Manuel, who was eventually executed for his crimes.

Later that year, on 10 November D/I Tom Goodall was shot by an armed jewel thief as he tried to arrest him in a house in Camden Street, Gorbals. Fortunately, the bullet entered his thigh and he quickly recovered.

He was a quiet, slightly stooping man, but no one ever questioned a Goodall ‘hunch’. So often his brilliant mind snatched at obscure clues which proved the turning point in the most difficult of cases. His tenacity and dedication were rewarded in 1963 when he was appointed Detective Chief Superintendent, in charge of Glasgow C.I.D.

On 18 August 1966, he led a team of detectives, including Detective Inspector David McNee, to a house in Stevenson Street, Calton, where they arrested John Duddy who was wanted for the murder of three Metropolitan Police detectives in Shepherd’s Bush a few days before.

Another notable case he was involved in was the murder of Mima McDonald in Bridgeton. Det. Chief Supt. Goodall made the decision to apply to the Crown Office for an identikit picture of the suspect to be published. It was the first time such a picture had been published in Scotland during a murder hunt.
Tom Goodall died suddenly at home on Sunday 12 October 1969 aged 59, and was succeeded by Detective Chief Superintendent Elphinstone Dalglish. 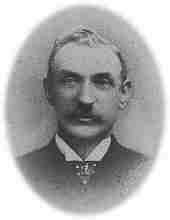 Detective Lieutenant ARCHIE CARMICHAEL was a native of Easdale, Argyllshire, and came to Glasgow in 1859 to join the Glasgow Police. Within five years he was promoted to Sergeant and in 1869 he found his true vocation as a Detective Officer. He had brilliant abilities and untiring energy and perseverance which lead him to be known as “Glasgow’s Sherlock Holmes”

He served 30 of his 41 years service as a Detective and had a hand in every important case in that time. Such was the high regard in which he was held, that the rank of Detective Lieutenant was specially created for him. On one occasion, when the Town Council was discussing increased salaries with the Chief Constable, they granted a larger salary increase only to Detective Carmichael. Archie Carmichael retired in the summer of 1900 and died shortly thereafter.