On 22 November 1952, Constables Archibald Whyte and David Taylor, both of the Eastern Division, Glasgow Police, were on beat patrol on Duke Street, Glasgow, when they were confronted by two men.  One of the men was armed with a pistol and the other a poker.  The man with the pistol threatened to shoot the constables but they closed in on the men and detained them both. 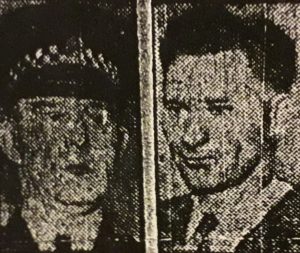