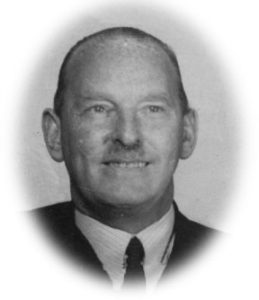 Robert Vernon Colquhoun was a native of Glasgow and, after training as a marine engineer, joined the City of Glasgow Police in July 1923. He was the grandson of Superintendent Hugh Colquhoun of Glasgow’s Eastern District who served the City from 1860 until his retirement in 1904.

In January 1957, he was promoted to Detective Chief Superintendent in charge of Glasgow C.I.D. and retired from that post in September 1960.