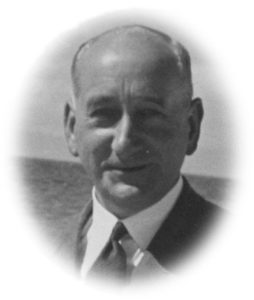 William Ewing was a native of Wigtown and joined the Glasgow Police in 1911.

In 1935, he led the investigation into the discovery of packages of the human remains of two women in a waterway known as Gardenholm Linn near Moffat, Dumfries-shire. Detective Lieutenant Hammond and Detective Sergeant Duncan of the Identification Bureau were successful in taking fingerprints from the badly disfigured bodies and compared to those of two missing women from Lancaster, England. Lt. Ewing, in charge of the Scottish portion of the enquiry, was loaned to the Lancaster Police and they were successful in gaining a conviction against Dr. Buck Ruxton, who was later hanged for the murders.

He was promoted to Detective Superintendent in 1937 and, in the same year, was made a Member of the Order of the British Empire (M.B.E.) in the Coronation Honours List.

In 1944, he was promoted to Detective Chief Superintendent in charge of Glasgow C.I.D, retiring from the police in 1951. He died in 1970.