On 29 September 1800, John Stenhouse, a city merchant, was appointed Master of Police and he set about organising and recruiting the force. He appointed three sergeants and six police officers, dividing them into sections of one sergeant and two police officers to each section. 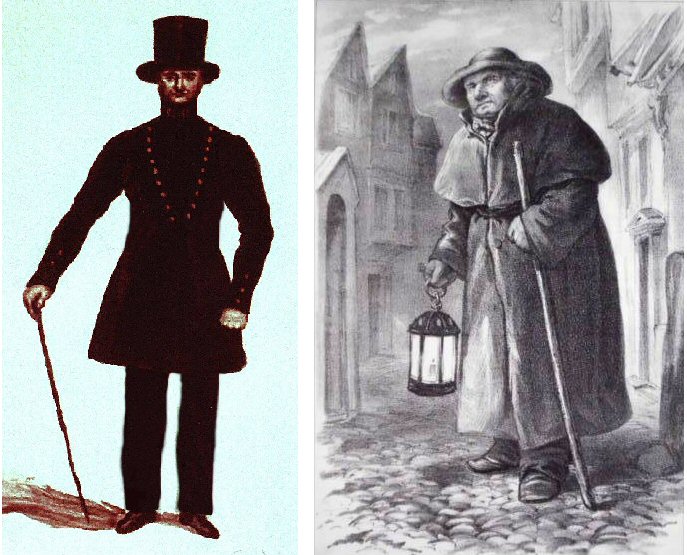 There were three reliefs. One sergeant and two police officers were on duty in the Police Office for twenty-four hours. The other section on patrol duty and the third section was entitled to rest for twenty-four hours. The sixty-eight watchmen were also there in their long brown coats with their personal numbers painted on their backs. Each carried a lantern and long stave. They would man sentry boxes within the City while the police officers patrolled to prevent crime.

Gorbals Police established due to criminals moving across the River Clyde to the Barony of Gorbals, to avoid the Glasgow Police.

Calton Burgh Police formed on the east side of the City.

Anderston Burgh Police formed on the west side of the City. 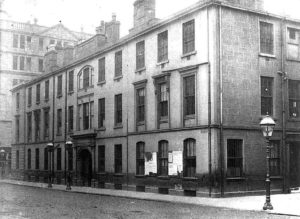 Miners and cotton spinners riot in Glasgow. One worker shot by Army.

As a result of this, Glasgow Police divided into four Divisions:

Maryhill Burgh Police formed to the north-west of the City.

The Burgh of Partick, to the west of the City, forms the Partick Burgh Police.

The Clyde Port Authority establish ‘The Clyde Police’ to police the growing dock areas of the River Clyde.

Electric telegraph adopted for communication between offices and other police forces.

Photography introduced as an aid to crime detection, just in time to be of assistance in the Sandyford Murder of Jessie McPherson. This was the first murder investigated exclusively by Detectives of Glasgow Police. Before this date, all murders were investigated personally by the Procurator Fiscal.
By this time, the ‘E’ or Northern and ‘F’ or St. Rollox Divisions were part of the growing Glasgow Police (strength 749).

The Burgh of Govan, to the south-west of the City, establishes the Govan Burgh Police.

Dr. Pritchard (below) murders his wife and mother-in-law at 131 Sauchiehall Street, Glasgow. He was later 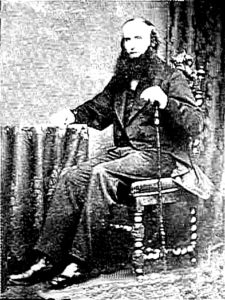 The Clyde Police (formed in 1858) is absorbed into Glasgow Police as The Marine Division. They wear a small anchor on their collar and the cost of the division is borne by the Clyde Navigation Trust. 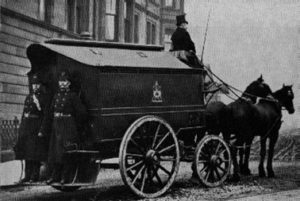 Police Committee abolish rattles as a means of Police communication and also introduce a telephone line between the Central Police Office and the Western Division.

Due to the City of Glasgow Act, 1891, the City boundaries were extended to the south, north and west sides of the City.
Possilpark and Springburn were incorporated into the existing Northern and St. Rollox Divisions.
The new Division of ‘G’ or Queens Park was formed by annexing Pollokshields, Crosshill and Govanhill.
Maryhill Burgh Police (20 officers) was merged with the areas of Hillhead and Kelvinside to form ‘H’ or Maryhill Division.

Due to the extension of the force boundaries, a system of 14 new cast iron Police Signal boxes was installed in the outlying areas. The box, designed by Fire Engineer Eggar of Glasgow Fire Brigade, was exceptional for it’s time. When the telephone rang, the gas lamp was lit and a red filter covered the light to show distant beat policemen that the telephone was ringing.

The small Renfrewshire burgh of Kinning Park, adjacent to the south-western boundary of the City, became a Lanarkshire Burgh and immediately formed the Kinning Park Burgh Police. This was part of an effort to resist future boundary extensions of Glasgow and thereby remain a separate force.

The Detective Department adopt the Bertillon system of criminal identification, based on measurements, as well as the fingerprint system.

The Centenary of the City of Glasgow Police which, at the turn of the century numbered 1355 officers and men.