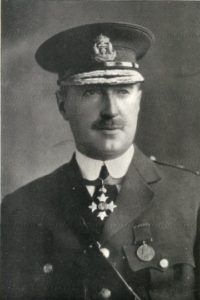 Mr. Smith was born in Wigtownshire in 1880.  After leaving school, he worked as a law apprentice for Messrs McClure & McWilliams and afterwards was for 2 years with Mr. W. M. Kelly, solicitor, in Newton Stewart and Whithorn.  In 1901 he joined Liverpool City Police and transferred to Glasgow Police in 1902.

By 1905 he held the rank of Inspector and in 1907 he was promoted to Lieutenant in charge of the Clerical Staff.  In 1912 he was promoted Superintendent.  He was appointed Assistant Chief Constable in 1917.

Chief Constable Smith was regarded as an expert in the Licensing Laws of Scotland and a specialist in the administration of the force. He was awarded a C.B.E. in 1926.

He died in office on 19 June, 1931 and was succeeded by Captain Percy J. Sillitoe.