David Warnock was born in 1886 in Kirkcudbright and joined Ayr Burgh Police in 1906.   He served in that force for 24 years attaining the rank of Deputy Chief Constable. 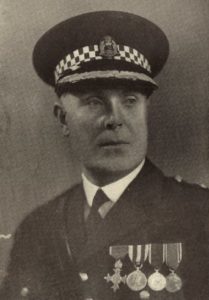