Born on 6 September 1847, JOHN BOYD was a native of Airdrie, Lanarkshire, the son of a licensed grocer. He was educated at Airdrie Academy and then received an appointment in the office of the Airdrie Justice of the Peace Procurator-Fiscal. 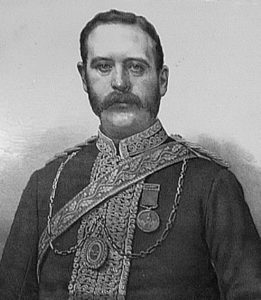 He joined the Glasgow Police on 25th. March, 1867, at the age of 20, and, because of his previous legal training, was appointed to the rank of Lieutenant in the Northern Division.

On 7 December, 1867, he was promoted to the post of Inspector in charge of the Detective Department.   On 9th. January, 1887, he was promoted to Superintendent of the Central Division. Mr. Boyd was awarded a gold medal by the City for the arrest of the Dynamitards in 1888.